Cincinnati Opera announces its 2017 Summer Festival featuring La Bohème, Frida, The Magic Flute, and special events including Opera in the Park and Song from
the Uproar

Cincinnati Opera collaborates with concert:nova to present
Song from the Uproar

CINCINNATI, OH–Evans Mirageas, The Harry T. Wilks Artistic Director of Cincinnati Opera, is pleased to announce the repertoire, selected guest artists and creative team members, and special events for the company’s 2017 Summer Festival, which will run from June 15 to July 23. The company’s 97th season will feature three mainstage operas, including the return of the company’s heartbreaking English National Opera co-production of La Bohème, conducted by Cincinnati Symphony Orchestra Music Director Louis Langrée; the company premiere of Robert Xavier Rodríguez’s Frida, inspired by the life and work of Mexican artist Frida Kahlo; and the spectacular Barrie Kosky/1927 production of The Magic Flute from the Komische Oper Berlin. Cincinnati Opera will also collaborate with concert:nova on a special presentation of Missy Mazzoli’s Song from the Uproar. The season will commence with the fifth annual free Opera in the Park concert in Washington Park.

While the $135 million renovation of the company’s performance and administrative home, Cincinnati Music Hall, continues on schedule, all mainstage performances will take place as planned at the Aronoff Center for the Arts in downtown Cincinnati. The project is anticipated to be completed in fall 2017, and Cincinnati Opera’s 2018 Summer Festival will be presented in the revitalized Music Hall.

The 2017 Summer Festival will open with Giacomo Puccini’s La Bohème in the 2,500-seat Procter & Gamble Hall, followed by Robert Xavier Rodríguez’s Frida in the 400-seat Jarson-Kaplan Theater. The season will close with Wolfgang Amadeus Mozart’s The Magic Flute in the Procter & Gamble Hall. All performances feature the Cincinnati Symphony Orchestra.

For more than a century, Puccini’s most celebrated opera, La Bohème, has moved audiences to tears with its sweeping score of gorgeous melodies and timeless tale of young lovers in Paris. Cincinnati Opera presents its co-production with English National Opera, originally directed by the legendary Jonathan Miller. The production, last seen at Cincinnati Opera in 2010, is set in 1930s Paris and was inspired by the photography of the era by Brassaï and Cartier-Bresson. Cincinnati Symphony Orchestra Music Director Louis Langrée will conduct, becoming only the third sitting CSO music director to conduct his orchestra for Cincinnati Opera, and the first since Thomas Schippers conducted Puccini’s Manon Lescaut in 1974.

American soprano Nicole Cabell will sing the lead role of the impoverished seamstress Mimì in her fifth appearance with Cincinnati Opera. Cabell recently sang the role of Mimì to great acclaim at the Opéra National de Paris. Her “faultlessly gleaming soprano” (Financial Times) has previously enthralled Cincinnati audiences in the roles of Rosalinde in Die Fledermaus (2016), Donna Elvira in Don Giovanni (2013), Pamina in The Magic Flute (2011), and the Countess in The Marriage of Figaro (2009).

American tenor Sean Panikkar, whose “pure, clear voice displays truly remarkable power” (Broadway World) will make his company debut in the role of the poet Rodolfo. In recent years, he has sung Rodolfo at Michigan Opera Theatre (with Nicole Cabell as Mimì) and Fort Worth Opera, Tamino in The Magic Flute for Glimmerglass Festival, Opera Theatre of Saint Louis, and Pittsburgh Opera, Henry Rathbone in the world premiere of JFK at Fort Worth Opera, and Shalimar in the world premiere of Shalimar the Clown at Opera Theatre of Saint Louis.

Musetta will be sung by American soprano Jessica Rivera. Her previous Cincinnati Opera roles include a “deeply moving performance” (Cincinnati Enquirer) as Kumudha in A Flowering Tree (2011) and the student Nuria in Ainadamar (2009).

Following recent appearances at the Metropolitan Opera, Russian baritone Rodion Pogossov is the lovelorn painter Marcello. The philosopher Colline will be sung by Nathan Stark, a graduate of the University of Cincinnati College-Conservatory of Music (CCM) and a frequent guest artist at Cincinnati Opera. Recent performances include Rocco in Fidelio (2016), Sylvan in La Calisto (2014), and the Commendatore in Don Giovanni (2013). Baritone Edward Nelson, a graduate of CCM and the Merola Opera Program, takes on the role of the musician Schaunard in his company debut. Italian Marco Nisticò will perform the roles of Alcindoro and Benoit.

Natascha Metherell, who assisted director Jonathan Miller on the original production, will stage direct. Sets and costumes are by Isabella Bywater, and lighting design is by Thomas C. Hase.

Cincinnati Opera will continue its frequent collaboration with Cincinnati Boychoir, which will provide singers for the children’s chorus in the opening of Act II.

Cincinnati Opera presents the company premiere of Robert Xavier Rodríguez’s 1991 opera Frida, inspired by the life and art of Mexican painter Frida Kahlo. Frida has previously been presented by such diverse companies as American Repertory Theater, Brooklyn Academy of Music, and Houston Grand Opera. The production, with sets and costumes by Moníka Essen, debuted at Michigan Opera Theatre in 2015. Frida will be presented in seven performances at the 400-seat Jarson-Kaplan Theater. Cincinnati Opera will present a range of multidisciplinary community events around the production, with details to be announced at a future date.

Colombian-born soprano Catalina Cuervo returns to sing the title role following her company debut as the star of 2012’s María de Buenos Aires, a collaboration with concert:nova. Cuervo first performed Frida for Michigan Opera Theatre in 2015, and The Detroit News gave a rave review: “Cuervo doesn’t just play the role, she embodies it. Never was there any doubt that she was Kahlo personified. By turns defiant, fiery, and sensitive, Cuervo also has the rare ability to act with her voice, calibrating it to project rage, pain, or tenderness.” Bass-baritone Ricardo Herrera will bring his “powerfully voiced” (Detroit Free Press) portrayal of Diego Rivera, reprising his role from the Michigan Opera Theatre production.

The opera will be conducted by Uruguayan conductor Andrés Cladera, who was recently named the artistic director of Emerald City Opera, in his company debut. The opera will be directed by Jose Maria Condemi, who also directed this production for Michigan Opera Theatre. Condemi is a frequent guest artist at Cincinnati Opera; his previous directing credits for the company include Tosca (2016), Il Trovatore (2015), La Traviata and María de Buenos Aires (2012), and Ainadamar (2009). Thomas C. Hase will be the lighting designer.

Mozart’s sublime fairy tale The Magic Flute has been masterfully re-imagined by Komische Oper Berlin’s Barrie Kosky and the British theater group 1927 in a “surreally enchanting” (LA Weekly) production that has stunned and delighted audiences across the world. The clever marriage of early cinema style, fanciful projections, and nimble stagecraft results in “a deliciously absurd blend of silent film and animation” (Berliner Morgenpost).

American tenor Aaron Blake leads the cast as Tamino, following his starring role as Timothy Laughlin in Cincinnati Opera’s 2016 world premiere of Gregory Spears and Greg Pierce’s Fellow Travelers; The Wall Street Journal hailed Blake’s performance as “touching and explosive.” British soprano Kim-Lillian Strebel, a frequent performer with Deutsche Oper Berlin and Theater Freiburg in Germany, makes her company debut as Pamina. Soprano Jeni Houser, who “made a fierce Queen of the Night, singing those daunting high notes with impressive ease and accuracy” (Star Tribune) reprises the role in her company debut. Papageno will be sung by baritone Rodion Pogossov, whose performance in the role for Los Angeles Opera was praised for its “silky, powerful baritone and comic presence” (Seen and Heard International). Bass Tom McNichols makes his company debut singing the roles of Sarastro and The Speaker. After a memorable appearance as Miss Lightfoot in Fellow Travelers, soprano Alexandra Schoeny returns to sing First Lady. Additional casting will be announced at a future date.

The Magic Flute will be conducted by Christopher Allen, the John L. Magro Resident Conductor, who previously conducted Tosca (2016) and Morning Star (2015) for the company. The production will be directed by Daniel Ellis. This is a production of the Komische Opera Berlin, co-produced by Los Angeles Opera and Minnesota Opera. Production is by Suzanne Andrade and Barrie Kosky, with animation by Paul Barrit. Concept by “1927” (Suzanne Andrade and Paul Barrit) and Barrie Kosky. Stage design and costumes are by Esther Bialas. Thomas C. Hase will be the lighting designer.

On Sunday, June 11, Cincinnati Opera will kick off the season with Opera in the Park, a free concert in Washington Park featuring a Spanish-themed program of opera and musical theater favorites performed by stars from the 2017 season, the Cincinnati Symphony Orchestra, and the Cincinnati Opera Chorus.

In collaboration with concert:nova, Cincinnati Opera will offer a special presentation of Missy Mazzoli and Royce Vavrek’s 2012 opera Song from the Uproar. The story is inspired by the journals of Isabelle Eberhardt, a turn-of-the-twentieth-century nomad, journalist, Sufi, and one of the most unique and unusual women of her era. Called “powerful” (The Wall Street Journal) and “a masterpiece of modern opera” (I Care If You Listen), the 75-minute work will star mezzo-soprano Abigail Fischer, who the Los Angeles Times praised as “enthralling…one of the rising stars of new music.” The production will be directed and choreographed by Marco Pelle.

Community Programs
The 2016-2017 season will also include Cincinnati Opera’s signature programs, including Back to the Zoo, performances by The Opera Express, Opera Goes to Church, and Opera Goes to Temple. Details will be announced at a future date.

Cincinnati Opera also presents the second installment of The Essentials touring education series with a reduced version of The Barber of Seville, touring Greater Cincinnati October 15 through 29, 2016.

Evening performances take place at 7:30 p.m., with matinee performances at 3:00 p.m. All performances feature the Cincinnati Symphony Orchestra. A free Opera Insights lecture is presented one hour prior to each performance.

Cincinnati Opera subscriptions will go on sale in November, with single tickets on sale in spring 2017. For additional information, please visit cincinnatioperanow.org or contact the Cincinnati Opera Box Office at (513) 241-2742.

Founded in 1920 and the second oldest opera company in the nation, Cincinnati Opera presents a thrilling season of grand opera every June and July. The company’s repertoire includes beloved classics and contemporary masterworks brought to life by some of the world’s most dynamic performers and creative teams. 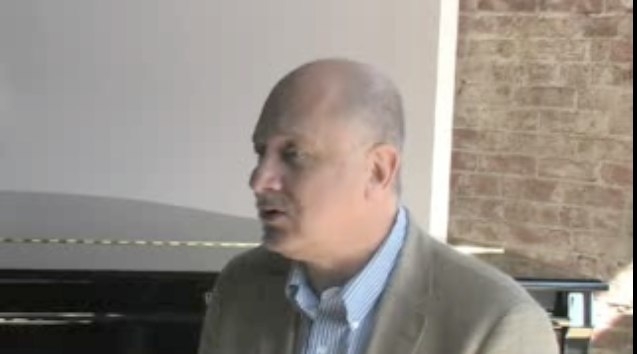 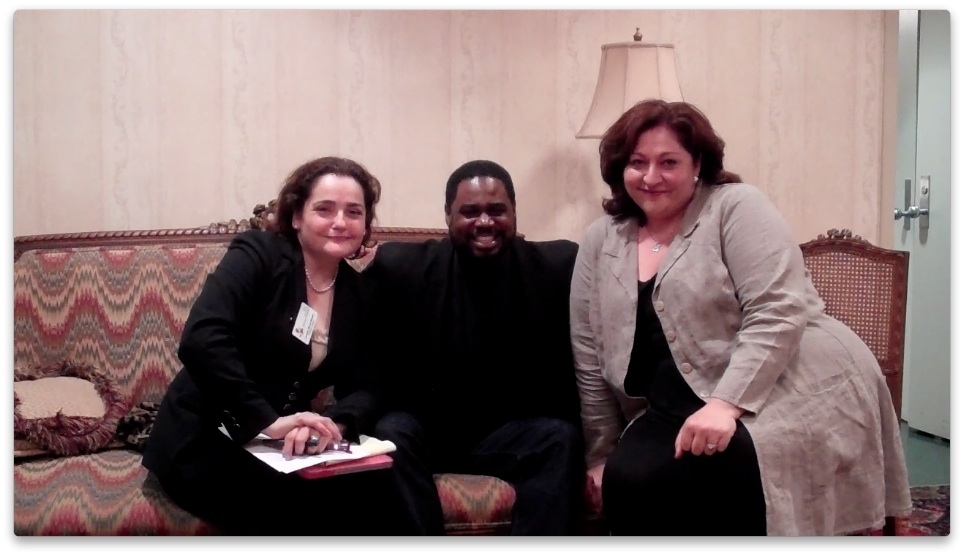 Cincinnati May Festival A Spectacular End to Legendary Season