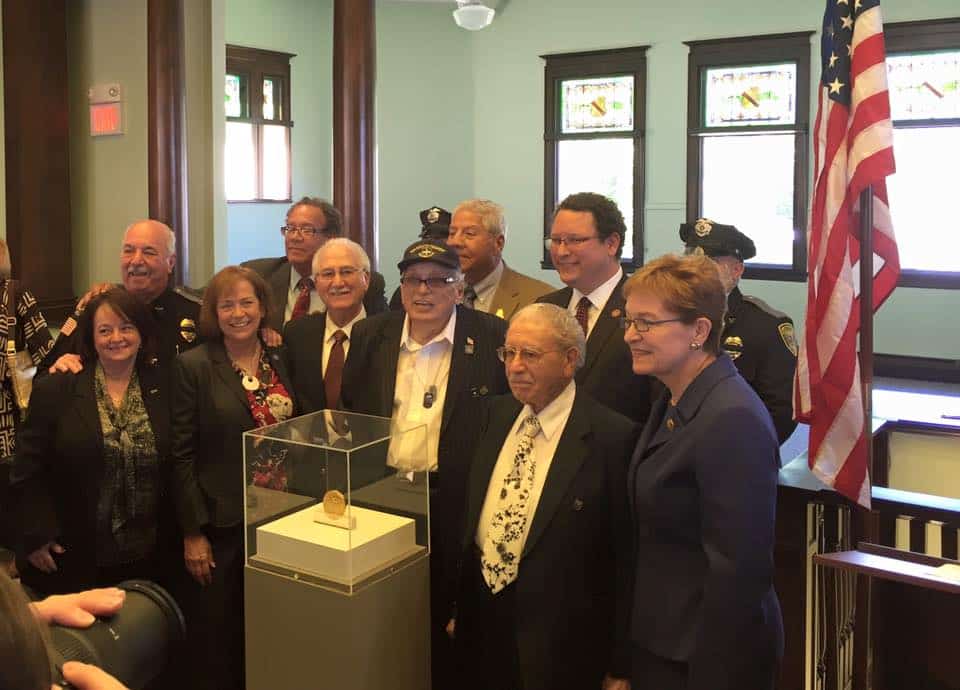 LORAIN, OH – Congresswoman Marcy Kaptur (OH-9) today hosted representatives of the Smithsonian Museum in conjunction with the Ohio Commission on Hispanic and Latino Affairs, the Lorain Historical Society and the Lorain Arts Council at a ceremony in Lorain to award special-issued replicas of the Congressional Gold Medal, the nation’s highest civilian award, to Miquel Berlingeri, Carlos Montes, Julio Santiago-Montanez, and Francisco Colon, four members of the U.S. Army’s 65th Infantry Regiment in recognition of their pioneering military service.

The four awardees are the only known surviving members living in Northern Ohio from the 65th Infantry Regiment, also known as “The Borinqueneers.” Three of the medal awardees reside in Lorain, and one resides in Fairview Park.

“In the dawn of their lives these men and their band of brothers, put country before self in the preservation of liberty around the globe,” said Kaptur.  “Now, in their twilight years, we hold high their bravery and selflessness as we officially acknowledge their achievement of the nation’s highest civilian honor – The Congressional Gold Medal.”

The Borinqueneers are the first unit of the Korean War to receive such distinction, which was awarded them in April 2016 during a commemorative service at the White House.  The unit joins a small list of military units receiving the Congressional Gold Medal, including: the Tuskegee Airmen; the Women Airforce Service Pilots; The Monuments Men; the Native American Code Talkers; and the Nisei Japanese American soldier medal.

The Fighting Borinqueneers achieved glory in February 1951 when they charged Chinese positions with bayonets fixed, opening an escape route for Marines who had been trapped near the Chosin Reservoir.

The Borinqueneers were the military’s first segregated Hispanic military unit, created when Puerto Rico became a US Territory in 1898 after the Spanish American War, serving in World War I, World War II and the Korean War.  The nickname “The Borinqueneers” derives from the original Taíno name of the island (Borinquen), was a segregated Puerto Rican regiment of the U.S. Army.

During the regiment’s long history since the first shots of World War I to the end of the Korean War, more than 100,000 Borinqueneers have distinguished themselves as true American war heroes. The motto of the Borinqueneers is “Honor Et Fidelitas,” which is Latin for “Honor and Fidelity.” There are less than 1,000 known living Borinqueneers.

During the Korean War, the Borinqueneers faced discrimination while, where they had to use separate facilities and risked punishment if caught speaking Spanish. The soldiers earned numerous awards for their notable service, including one Medal of Honor, nine Distinguished Service Crosses, approximately 250 silver stars and more than 2,700 Purple Hearts. The 65th Infantry Regiment was the last segregated regiment in combat and their sacrifices led to the complete integration of the U.S. military. The Fighting Borinqueneers achieved glory in February 1951 when they charged Chinese positions with bayonets fixed, opening an escape route for U.S. Marines who had been trapped near the Chosin Reservoir.

Lorain has the highest percentage of Puerto Ricans of any city west of the Appalachian Mountains, and Puerto Ricans make up nearly 20 percent of Lorain’s overall population. Lorain was also home to the late Navy Fleet Admiral Ernest J. King, another military recipient of the Congressional Gold Medal.

In 2013, HR 1726 was introduced in the House by Rep. Bill Posey (R-Fla.) and Congressman Pedro Pierluisi (D-P.R.) to honor the Borinqueneers with Congressional Gold Medal, and Kaptur was an early cosponsor. Sen. Richard Blumenthal (D-Conn.) led the effort in the Senate.  In May 2014 the measure passed and in June 2014 signed by President Obama.

Per legislation, the medal was received by the Smithsonian’s National Museum of American History for long-term preservation and to be available for display and research. 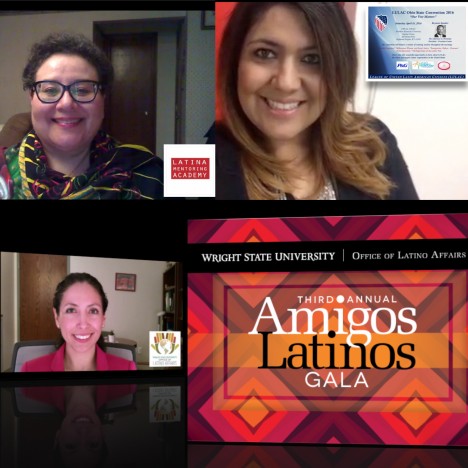 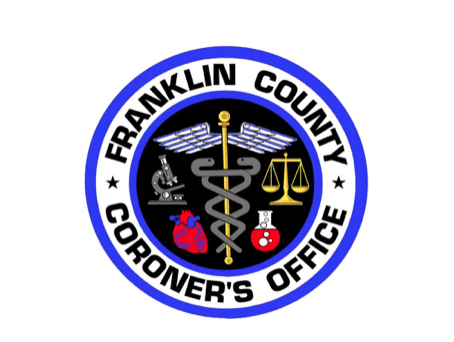