WASHINGTON, DC – On Monday, June 30, 2014 at 2:00 PM the White House will honor local “Champions of Change” who are doing extraordinary work to facilitate employment opportunities for individuals formerly involved in the justice system.  The Champions have distinguished themselves through their extraordinary dedication and hard work to help those with criminal records re-enter society with dignity and viable employment opportunities.

This event will showcase these inspirational leaders and highlight the importance of their work.  The program will feature Attorney General Eric Holder and Piper Kerman, author of the best-selling memoir Orange is the New Black: My Year in a Women’s Prison and inspiration for the comedy-drama series, will also participate.

Marianne is the Director of DCCK’s Culinary Job Training Program, which empowers unemployed men and women of the DC metropolitan area, many of whom have been homeless, incarcerated, and drug-addicted, to begin careers in the culinary arts. Under her direction, culinary instruction, and program management, the Culinary Job Training Program has changed the lives of over 1500 graduates. It is Marianne’s focus on change and self-empowerment of CJT students that has been the catalyst for the evolution these students have been able to make.

Sheriff Ashe is in his fortieth year of service as Sheriff of Hampden County, Massachusetts and plans to retire in 2016. As Sheriff, he is Chief Administrator of the Hampden County Correctional Center, which supervises approximately 1,450 offenders in five levels of security – medium, minimum, pre-release, day reporting, and after-incarceration support.  Sheriff Ashe has established a model continuum of supported community re-entry for offenders, including some 300 community partnerships with public, non-profit and private organizations.  He believes that it “takes a village” to successfully re-enter an offender as a productive, law-abiding citizen.  As part of this re-entry effort, Sheriff Ashe has utilized community partnerships to help offenders find 523 jobs last year, and over 10,000 jobs in the past 20 years, having an impact on recidivism and public safety.

Daryl is an attorney at the Southern Coalition for Social Justice (SCSJ) where he focuses on criminal justice reform issues, particularly removing the legal barriers triggered by contact with the criminal justice system. In 1996, Daryl pled guilty to a first-time, non-violent, drug crime and served 40 months in prison. Since his release, Daryl has become a zealous advocate for second chances for formerly incarcerated people. Daryl is a founding member of the North Carolina Second Chance Alliance, a statewide coalition of advocacy organizations, service providers, and those directly impacted that came together to achieve the safe and successful reintegration of adults and juveniles returning home from incarceration.

Father Boyle is the founder and Executive Director of Homeboy Industries, the largest gang intervention, rehabilitation and re-entry program in the United States, now in its 25th year.  His dedication to finding a place for all in our society brought him to the Boyle Heights community of East Los Angeles, where he served as pastor of Dolores Mission Church, from 1986 through 1992. It was there that Father Greg started what would become Homeboy Industries, a nonprofit organization that employs and trains more than 300 former gang-members every year in seven social enterprises.  Homeboy Industries also provides critical services to the 12,000 people who walk through the doors every year seeking a better life.  Father Greg is the author of the NY Times bestselling book, Tattoos on the Heart: The Power of Boundless Compassion.

Scott serves as Executive Vice President of Todd Phillips’ production company, Green Hat Films. Scott executive produced many successful comedies including the highest grossing rated-R comedies in history, THE HANGOVER series. Outside of film, he is a fierce champion for children in need. Scott is a teacher and on the Advisory Board for InsideOUT Writers. He also serves as a board member of the Los Angeles Conservation Corps, and on the Advisory board for the Loyola Law School, Center for Juvenile Law and Policy. Scott is currently launching a new production company along with growing and developing The Anti-Recidivism Coalition (ARC).

Eva serves as President and CEO of SER Metro-Detroit Jobs for Progress, Inc., a workforce development organization which was established 42 years ago in the city of Detroit.  She also oversees SER operations in Illinois, Arkansas and Texas. Eva has been employed with SER for over 30 years where she established a nationally accredited, post-secondary technical school in Detroit and Chicago. She later served as Principal of the SER Casa Academy, a charter school in partnership with Casa Maria that helps high risk youth from Detroit.

Daryl has been employed with the Cherokee Nation since 2006. He started out as a participant in Vocational Rehabilitation, attending college at Northeastern State University, where he earned a degree in Psychology and minor in Social Welfare. After graduation, he worked full-time for the Cherokee Nation to work as a Vocational Rehabilitation counselor. Today, he is the Director of Vocational Programs. Daryl’s passion is helping remove barriers that ex-offenders face. After doing time on three different occasions for non-violent drug charges, Daryl now works diligently assisting Cherokee citizens who have been released from prison. The Cherokee Nation Re-Entry Program is called “Coming Home.”

Donna and Frank are owners of Masley Gloves, a HUBZone Certified, Woman Owned Small Business that designs and manufactures specialty gloves – including gloves for the Military that are 100% Made in U.S.A. and Berry Amendment compliant.  Since 2005, the Masleys’ have demonstrated an exemplary record of hiring over 60 individuals that were previously incarcerated and many who are living in the poverty sections of Wilmington, Delaware. Realizing the commitment and energy these individuals bring to the business, the Masleys’ recently purchased a building in a HUBZone of Wilmington Delaware, where glove team members can now walk to a safe and comfortable work environment.  The Masleys’ are also engaging the community from which they employ.

Tyrone is the co-founder of Green Streets, an integrated waste management business developed and operated by public housing residents and their peers. Tyrone was raised in San Francisco’s Western Addition and endured the obstacles that plague many inner city African American men.  He experienced trouble at home, in school and on the streets and ended up in prison. Using his trials and tribulations to propel him forward, Tyrone is a certified WRAP and Roots of Success instructor and co-facilitates ManAlive violence prevention trainings. Through the Green Streets peer to peer business model, Tyrone and his co-workers break down barriers to mental health and substance abuse treatment.

Pamela is the Senior Vice President for Human Resources for Johns Hopkins Medicine. Johns Hopkins Medicine employs approximately 41,000 people and is home to The Johns Hopkins Hospital, the number one hospital in the nation 22 years in a row. Paulk has been a long-term advocate for employing candidates who have barriers to employment, especially those with criminal backgrounds. Employing ex-offenders is now a regular part of the normal employment process. She has received numerous awards for her community work including Maryland’s Top 100 Women, the American Red Cross Chesapeake Chapter Good Samaritan Award, the National Kidney Foundation of Maryland Santé Kidney Champion, and Community Mediation’s Peacemaker of the Year.

DeRionne serves as president of Montgomery College, one of largest undergraduate institutions in the state of Maryland, which educates nearly 60,000 credit and noncredit students annually at its three campuses. She is passionate about seeking innovative ways to increase student access and success, such as a new partnership with Montgomery County Public Schools and the Universities of Shady Grove to create Achieving Collegiate Excellence and Success (ACES), a support program designed to help first generation and minority students seamlessly transition from high school to college completion by embedding college coaches from Montgomery College in the high schools. She has championed access to effective education, training, and counseling programs to the adult incarcerated population and to at-risk juveniles.

Stanley Richards serves the Senior Vice President at The Fortune Society, a non-profit organization based in New York City, NY with a mission to support successful reentry from prison and promote alternatives to incarceration.  He is a formerly incarcerated man of color with over 23 years of experience in the criminal justice field. In 1991, he was hired as a counselor by The Fortune Society. He steadily worked his way up, becoming manager of career development and deputy executive director. He developed Fortune’s original Drop-In Center in Queens Plaza to help released inmates dropped off from Rikers Island, often in the middle of the night. He currently oversees all of Fortune’s housing programs and has developed a wide range of skills and experience in implementing supportive reentry programs for people being released from prison, particularly in the areas of employment, education, housing, and health services.

Jill serves as Executive Director of Towards Employment, a non-profit agency whose mission is to “empower individuals to achieve and maintain self-sufficiency through employment.” Jill has over twenty-five years of experience working on issues of poverty and opportunity in the US and in developing countries.  Since joining Towards Employment in 2003, she helped to strengthen a highly successful program to meet the employment needs of individuals with a criminal background, doubling the number of people placed in jobs on an annual basis.

Tracey is President and Chief Operating Officer of Phax Group Construction & Design LLC, and a Partner with Phax Group, LLC a real estate development company based in Trenton, NJ. Presently Currently, Syphax is a featured contributor in the 2014 documentaries Elementary Genocide which reveals the school-to-prison pipeline and Incarcerating US, which explores the purpose of prison and the criminal justice system in the U.S. His memoir From the Block to the Boardroom detailing his story of successful re-entry won the 2012 Eric Hoffer Award for Excellence in Independent Publishing.

Sam serves as Executive Vice President, Business Development and has been with Point Blank Enterprises, Inc. since 2001. In his current role, he is responsible for all facets of Research & Development and Design & Engineering, while also overseeing new business engagements and technological advancements. He serves on the Executive Leadership team and is responsible for managing technology relationships with governing bodies and key customer accounts. Sam became the President of Point Blank Body Armor, Inc. in June, 2005 and in September 2006 he assumed the position of Head of Global Sales. He has held various positions with Point Blank over the past decade, playing a critical role in the company’s sales, marketing, and research & development initiatives. 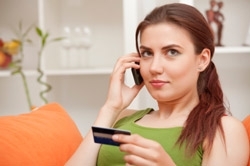 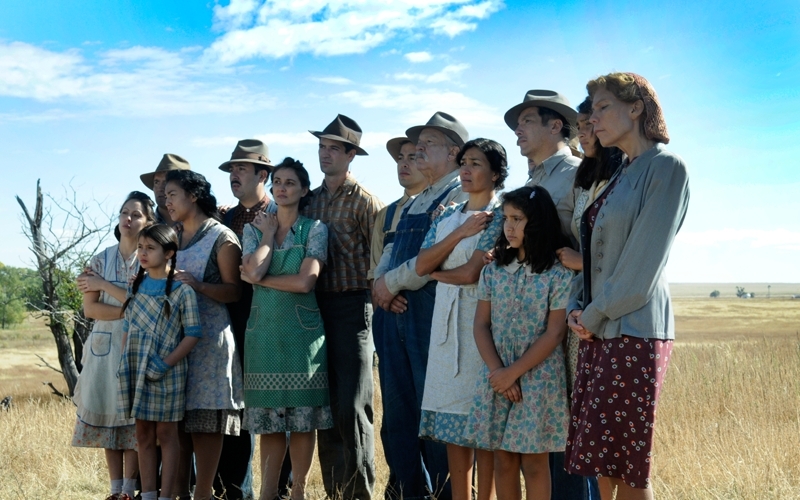