CINCINNATI – The Cincinnati Symphony Orchestra is offering an alternative to typical Black Friday shopping activities with concerts with Music Director Louis Langrée and pianist Kirill Gerstein at 8 p.m. on Friday and Saturday, November 29-30. Billed “Take Back Friday,” the concerts feature popular classics by Ravel and Gershwin, making it an accessible, lighthearted program appealing to CSO regulars and visitors alike. The concert opens with Ravel’s Mother Goose Suite, a work known for its imaginative and virtuosic interpretations of classic fairy tales such as “Tom Thumb” and “Beauty and the Beast.” Mr. Gerstein then takes the Music Hall stage for his CSO debut performing Gershwin’s iconic Rhapsody in Blue (almost as famous for its opening clarinet solo as its jazzy piano solos). Mr. Gerstein also performs Ravel’s Piano Concert for the Left Hand, composed for a WWI veteran who had lost his right hand in the war. Finally, Gershwin’s An American in Paris (as conducted by a Frenchman in Cincinnati, Mr. Langrée) wraps up the program.incinnati Symphony Orchestra Louis Langrée conductor

Tickets start at $12 in advance

hapsody in Blue – Take Back Friday

“It makes sense to put these two composers together on the same program,” said Mr. Langrée. “When Ravel toured the United States, he became fascinated with jazz, and of course Gershwin was very much influenced by jazz as well,” he said.

This concert is part of the CSO’s Ascent Series, sponsored by Paycor. The Concert Sponsor is Johnson Investment Counsel. The ArtsWave Partner Company is PNC. Mr. Langrée’s Music Directo Launch is supported by the Carol Ann and Ralph V. Haile, Jr./U.S. Bank Foundation. This program is presented as part of “Cincinnati Remembers WWI,” a citywide series of events commemorating the centenary of the First World War and anticipating Cincinnati Opera’s production of the Pulitzer Prize-winning opera Silent Night in July 2014. For more information, please visit www .cincinnatiopera.org/WWI.

Named Music Director of the world-renowned Cincinnati Symphony Orchestra starting in the 2013-14 season, Louis Langrée is an internationally acclaimed conductor with a dynamic presence on the podium. The French conductor is Music Director of the Mostly Mozart Festival at Lincoln Center in New York, a position he has held since 2002, and Chief Conductor of the Camerata Salzburg.

‘His first concert as Music Director of the Cincinnati Symphony Orchestra will include a performance of Copland’s A Lincoln Portrait (narrated by Dr Maya Angelou). During the season he will also conduct world premiere performances by Nico Muhly and David Lang and works by Brahms, Prokofiev, Ravel, Scriabin and Jennifer Higdon

His collaboration with the Camerata Salzburg will include concerts in Berlin, Baden-Baden, Vienna, Salzburg, Naples and Bucharest. During the 2013/14 season Louis will make his debut with the Bayerische Staatsoper in Munich (Don Giovanni) and the Wiener Symphoniker at the Konzerthaus in Vienna. He will also continue his regular appearances with the Wiener Staatsoper (La Traviata), Opéra Comique in Paris (Pelléas et Mélisande).

Highlights of the 2012/13 season included Louis Langrée’s debuts with the Berliner Philharmoniker, Leipzig Gewandhaus and NHK Symphony in Tokyo, as well as re-invitations to the Orchestre de Paris, Budapest Festival and Netherlands Philharmonic Orchestras. He also continued his long term relationships with the Metropolitan Opera in New York (Dialogues des Carmélites) and with the Wiener Staatsoper (Don Giovanni and Le Nozze di Figaro).

Louis Langrée has conducted the Wiener Philharmoniker in concert in both Vienna and Salzburg. He has also worked with many other orchestras in North America, Europe and further afield, including London Philharmonic, Deutsche Kammerphilhamonie, Orchestre de la Suisse Romande, Santa Cecilia in Rome, Sao Paulo and Tokyo Philharmonic. He regularly conducts period instrument orchestras such as the Freiburger Barockorchester, Orchestra of the Age of Enlightenment and Le Concert d’Astrée. Festival appearances have included Wiener Festwochen, Salzburg Mozartwoche, BBC Proms, Glyndebourne Festival Opera and the Festival d’Aix-en-Provence. He has held positions as Music Director of the Orchestre de Picardie (1993-98) and Orchestre Philharmonique de Liège (2001-06).

Louis Langrée’s discography includes recordings for Virgin Classics, Universal and Naïve. Many of these have won awards including Diapason d’Or, Gramophone and Midem Classical. His most recent release is a DVD of La Traviata recorded at the Aix-en-Provence Festival with the London Symphony Orchestra for Virgin Classics, which has been awarded a Diapason D’Or. In 2006 he was appointed Chevalier des Arts et des Lettres by the French Ministry of Culture.

The multifaceted pianist Kirill Gerstein has rapidly ascended into classical music’s highest ranks. With a masterful technique, discerning intelligence, and a musical curiosity that has led him to explore repertoire spanning centuries and styles, he has proven to be one of today’s most intriguing and versatile musicians. His early training and experience in jazz has contributed an important element to his interpretive style, inspiring an energetic and expressive musical personality that distinguishes his playing.

Mr. Gerstein is the sixth recipient the prestigious Gilmore Artist Award, presented every four years to an exceptional pianist who, regardless of age or nationality, possesses broad and profound musicianship and charisma and who desires and can sustain a career as a major international concert artist. Since receiving the award in 2010, Mr. Gerstein has shared his prize through the commissioning of boundary crossing new works by Oliver Knussen, Chick Corea, Brad Mehldau and Timothy Andres, with additional commissions scheduled for future seasons. Mr. Gerstein was awarded First Prize at the 2001 Arthur Rubinstein Piano Competition in Tel Aviv, received a 2002 Gilmore Young Artist Award, and a 2010 Avery Fisher Grant.

This season in recital, he will premiere a newly commissioned work by Timothy Andres, titled Old Friend. The work will be featured on a program at Jordan Hall in Boston and for the Gilmore Foundation in Kalamazoo, MI. He also performs recitals in Toronto,Denver, Princeton and at Duke University, and returns to Kalamazoo for the 2014 Gilmore International Keyboard Festival to give both classical and jazz concerts, including a performance with vocalist Storm Large from Pink Martini.

His recent North American engagements have included performances with the Los Angeles Philharmonic, Philadelphia Orchestra, and the Atlanta, Baltimore, Boston, Dallas, Indianapolis, Milwaukee, Montreal, Oregon, Seattle, Toronto and Vancouver symphonies among others. He was in residence at the San Antonio Symphony where he was soloist in both Brahms concertos during the orchestra’s Brahms Festival and he performed Rachmaninoff’s complete concertos in a three week residency with the Houston Symphony. He has also recently appeared at the Aspen Music Festival, Santa Fe Chamber Music Festival, Chicago’s Grant Park, with the Philadelphia Orchestra at Vail Valley Bravo Festival, Mann Music Center and Saratoga, with the Boston Symphony at Tanglewood, and with the Cleveland Orchestra at Blossom. In 2012, Mr. Gerstein toured with long- time chamber music partner cellist Steven Isserlis, with performances in New York, Vienna, VA, Cleveland and Chicago, and he has, in recent seasons performed in recital at the 92nd Street Y and Town Hall in New York, as well as in Boston, Cincinnati, Detroit, Miami, Vancouver and at Washington’s Kennedy Center.

Internationally, Kirill Gerstein has played with such prominent European orchestras as the Czech, Munich, Rotterdam and Royal Philharmonics, the City of Birmingham Symphony Orchestra, Deutsches Symphonie Orchester Berlin, Dresden Staatskappelle, NDR Sinfonieorchester, Rundfunk-Sinfonieorchester Berlin, Swedish Radio Orchestra, Tonnkunstler Symphony Vienna, WDR Symphony Orchestra Cologne and Zurich Tonhalle, as well as with the NHK Symphony Orchestra in Tokyo and the Simon Bolivar Youth Orchestra in Caracas with Gustavo Dudamel. He has also performed recitals in Paris, Prague, Hamburg, at London’s Queen Elizabeth Hall and at the Liszt Academy in Budapest. He made his Salzburg Festival debut playing solo and two piano works with Andras Schiff and has also appeared at the Proms, Verbier, Lucerne and Jerusalem Chamber Music Festivals.

His first solo recording featuring works by Schumann, Liszt and Oliver Knussen, released by Myrios Classics, was chosen by The New York Times as one of the best recordings of 2010. Mr. Gerstein also collaborated with Tabea Zimmerman on two recordings of Sonatas for viola and piano by Rebecca Clarke, Henri Vieuxtemps, Brahms, Schubert and Franck for the Myrios label, released in February 2011 and November 2012.

Born in 1979 in Voronezh, in southwestern Russia, Mr. Gerstein studied piano at a special music school for gifted children and while studying classical music, taught himself to play jazz by listening to his parents’ extensive record collection. After coming to the attention of vibraphonist Gary Burton, who was performing at a music festival in the Soviet Union, Mr. Gerstein came to the United States at 14 to study jazz piano as the youngest student ever to attend Boston’s Berklee College of Music. After completing his studies in three years and following his second summer at the Boston University program at Tanglewood, Mr. Gerstein turned his focus back to classical music and moved to New York City to attend the Manhattan School of Music, where he studied with Solomon Mikowsky and earned both Bachelors and Masters of Music degrees by the age of 20. He continued his studies in Madrid with Dmitri Bashkirov and in Budapest with Ferenc Rados. An American citizen since 2003, Mr. Gerstein now divides his time between the United States and Germany, where he has been a professor of piano at the Musikhochschule in Stuttgart since 2006. 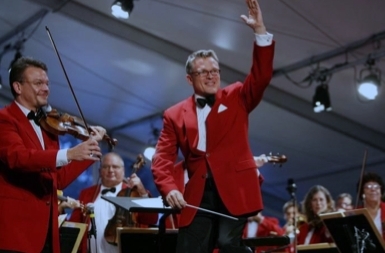 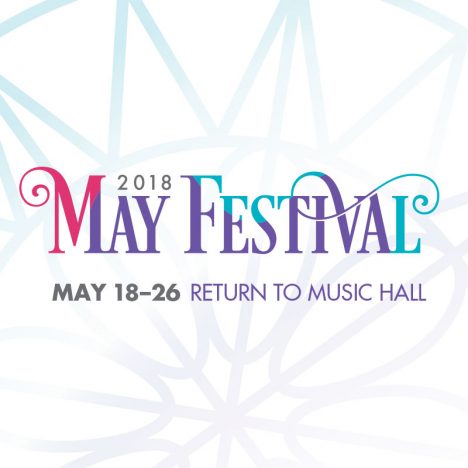