As part of CET’s American Graduate program and ongoing educational efforts, the station is partnering with the Cincinnati Film Festival for a Community Cinema screening of The Graduates/Los Graduados. The event, which is sponsored by ITVS and American Graduate, will be held at 7pm Saturday, Oct. 26, at the Booker T. Washington Community Center in Hamilton, Ohio. The event is free and open to the public.

The Graduates/Los Graduados is a two hour film focusing on Latinos in high school – one hour for boys and one hour for girls. The issues range from bullying to teen pregnancy. The screening will include the boys section of the film and will be followed by a discussion of the issues and the film.

“The six students featured were picked because they have very different, but intertwined, stories. Although the documentary is told through a Hispanic lens, the themes and issues are truly universal and could apply to any high school,” said Jason Dennison, Manager of Learning Services at CET.

The screening is being held in Hamilton because of the high population of Latino students in the area, he added. CET is looking to host another screening in Cincinnati and to present the materials to educators and students in the community in the future. Dennison said each of the stories can be presented as an individual module and that a number of program resources and discussion topics have been provided to accompany the film.

For those who can’t attend the screening, The Graduates/Los Graduados, will air on CET in two parts. The first hour will be broadcast on Independent Lens at 10pm Monday, Oct. 28, and the second hour will be the following Monday, Nov. 4, also at 10pm. 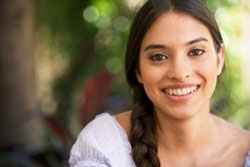