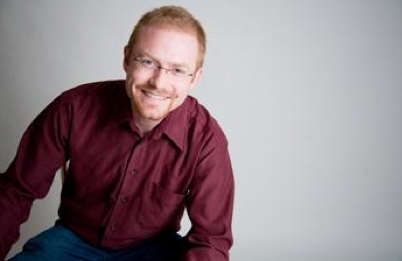 CINCINNATI— The Cincinnati Symphony Orchestra flaunts the talents of its own principal oboist, Dwight Parry, on Friday (11 a.m.) and Saturday (8 p.m.), February 1-2 in a program featuring three mainstays of classical repertoire. This “Pure Classics” program, under the baton of Robert Porco, also the director of the May Festival Chorus, begins with the Overture to Don Giovanni, which that channels the entire tragedy of one of Mozart’s most haunting operas into a striking abbreviated overture. Then Mr. Parry steps to the front of the stage as soloist for Mozart’s rarely-performed Oboe Concerto, demonstrating the high level of musicianship and talent found within the ranks of the CSO. The program concludes with Haydn’s Lord Nelson Mass, named for Britain’s great naval hero and written in the wake of the Napoleonic wars, featuring the power of the mighty May Festival Chorus, along with four world-class vocal soloists: soprano Mary Wilson, mezzo-soprano Laura Thoreson, tenor Michael Porter, and bass-baritone Andrew Kroes.

Dwight Parry will also be the featured guest for Classical Conversations, casual, informative pre-concert discussions beginning one hour prior to these performances in the Music Hall auditorium. CSO Associate Conductor Robert Treviño hosts the event.

Dwight Parry is the principal oboist of the Cincinnati Symphony Orchestra. In 2006- 2007, he held the same position with the San Diego Symphony and before that was a fellow in the New World Symphony under the direction of Michael Tilson Thomas. He has performed as guest principal oboist with the New York Philharmonic, the Atlanta Symphony, the Los Angeles Opera, and the Deutsche Symphonie of Berlin. Originally from Southern California, he found his passion for music studying piano, voice, and

jazz saxophone, but it was not until his sophomore year of high school that he began playing the oboe. Dwight received his Bachelor’s degree from the University of Southern California with Allan Vogel and his Master’s degree from the Cleveland Institute of Music with John Mack.

In addition to his love for orchestral playing, Dwight enjoys performing as a soloist, both with orchestra and in recital. Concerto appearances have included the works of Mozart, Strauss, Goossens, Haydn, Bach, Vivaldi, Albinoni, Barber, Marcello and Vaughn-Williams. He is currently a member of the Cincinnati-based chamber group Concert:Nova and regularly performs Bach cantatas at St. Thomas Episcopal with the Cincinnati Bach Ensemble. Dwight has taught at the Cincinnati College-Conservatory of Music and is currently faculty at Northern Kentucky University, regularly gives guest masterclasses at universities and festivals and teaches privately. Dwight plays exclusively on Loree oboes.

Robert Porco has been recognized as one of the leading choral musicians in the United States and for more than 36 years has been an active preparer and conductor of choral and orchestral works, including most of the major choral repertoire, as well as of opera. His conducting career has spanned geographic venues across western Europe and the United States, including performances in the Edinburgh Festival; Taipei, Taiwan; Lucerne, Switzerland; and Reykjavik, Iceland; and in the May Festival, Tanglewood Music Festival, Berkshire Music Festival, Blossom Festival and Grant Park Festival.

In 1989, Mr. Porco became Director of Choruses of the May Festival, and in 2010 he led the May Festival Chorus in the highly regarded debut of Out of the Cradle Endlessly Rocking, a piece commissioned by the Chorus in honor of Mr. Porco’s 20th season as director. Other notable events during Mr. Porco’s tenure are three highly acclaimed appearances by the Chorus in Carnegie Hall: a 1991 performance of Mendelssohn’s Elijah with Jesus Lopez-Cobos and the Cincinnati Symphony Orchestra; a 1995 performance of Mahler’s Symphony No.

8 with Robert Shaw, the Cleveland Orchestra, the May Festival Chorus and other choruses; and an October 2001 performance of Britten’s War Requiem with James Conlon and the Cincinnati Symphony Orchestra. In addition, the May Festival Chorus’s 2008 performance of the Pulitzer Prize-winning On the Transmigration of Souls, under the baton of the composer John Adams, led Mr. Adams to write, “The pure American quality of their enunciation and their perfectly balanced sonorities lifted the matter-of-fact plainness of the words to a transcendental level, and for once the piece did not seem as compromised and uneven as I had previously thought.”

In 2009, Mr. Porco resumed doctoral teaching in the Choral Department of the Indiana University School of Music, where he taught and served as chairman from 1979 to 1998. A highlight of Mr. Porco’s previous tenure at IU included leading a wholly student choral and orchestral ensemble of 250 in a highly acclaimed performance of Leonard Bernstein’s Mass as part of the Tanglewood Music Festival’s celebration of the composer’s 70th birthday.

As teacher and mentor, Mr. Porco has guided and influenced the development of hundreds of musicians, most of whom are now active as professional conductors, singers or teachers in schools of music, performance ensembles or solo careers. Mr. Porco remains a sought-after guest instructor and coach for conservatory students; young, professional conductors; and singers. His guest teaching venues have included Harvard University, the University of Miami Frost School of Music and Westminster Choir College (Princeton, NJ).

From 1988 to 1998, Mr. Porco was Artistic Director and Conductor of the Indianapolis Symphonic Choir.

Soprano Mary Wilson is acknowledged as one of today’s most exciting young artists. Cultivating a wide-ranging career singing chamber music, oratorio and operatic repertoire, her “bright soprano seems to know no terrors, wrapping itself seductively around every phrase.” (Dallas Morning News) Receiving consistent critical acclaim from coast to coast, “she proves why many in the opera world are heralding her as an emerging star. She is simply amazing, with a voice that induces goose bumps and a stage presence that is mesmerizing. She literally stole the spotlight…” (Arizona Daily Star).

An accomplished pianist, Ms. Wilson holds performance degrees from St. Olaf College in Northfield, Minnesota, and Washington University in St. Louis, Missouri. . She currently resides in Memphis, Tennessee, with her husband and son.

A native of Vancouver, Washington, mezzo-soprano Laura Thoreson is a Performer Diploma student at the Indiana University Jacobs School of Music, where she recently completed her Master of Music in Voice. She received her Bachelor of Music in Vocal Performance from Central Washington University in Ellensburg, Washington, where she sang several roles, including Dido in Purcell’s Dido and Aeneas. During her time in Bloomington, Thoreson has appeared as a soloist with the Bloomington Chamber Singers, as well as IU’s University Singers, Pro Arte Singers, Contemporary Vocal Ensemble and Summer Chamber Choir, and performed the role of Mama Lucia in the Lafayette Symphony Orchestra’s concert performance of Mascagni’s

Cavalleria Rusticana.She has participated many times in IU’s Opera Workshop program, performing in scenes from Puccini’s Madama Butterfly (“Suzuki”), Rossini’s Il barbiere di Siviglia (“Rosina”), Monteverdi’s L’incoronazione di Poppea (“Nerone”), Humperdinck’s Hänsel und Gretel (“Hänsel”), and Bellini’s Norma (“Adalgisa”). Last spring, she appeared as “Suzy” in IU Opera Theatre’s production of Puccini’s La Rondine; as the soloist for the world premiere of Eric Lindsay’s award– winning composition Piano with IU’s New Music Ensemble; and as the mezzo–soprano soloist in IU’s production of Mendelssohn’s Elijah. Also in spring 2010, she performed the role of “Orfeo” in the Bloomington production of Gluck’s Orfeo ed Euridice. In October of this year, she appeared as “Jo March” in IU’s production of Adamo’s Little Women, and in December, she was the mezzo-soprano soloist for the Indianapolis Symphony Orchestra’s performance of Handel’s Messiah. Ms. Thoreson is a member of several professional vocal chamber groups, and is an active participant in the Bloomington community as a

James Michael Porter, a native of Little Rock, AR, is a student of Scharmal Schrock at Indiana University’s Jacobs School of Music. He earned his Bachelor of Music degree in Vocal Performance from Indiana University and is currently pursuing a Master of Music degree in Vocal Performance. While studying at IU, Mr. Porter has played Don Ottavio in Mozart’s Don Giovanni, Candide in Leonard Bernstein’s Candide, Laurie in Mark Adamo’s Little Women, Benvolio in Gounod’s Roméo et Juliette and Mike in William Bolcom’s A View from the Bridge. He has also been a featured soloist in Bach’s St. John Passion, Saint- Saëns’ Christmas Oratorio, Beethoven’s C Major Mass and Bach’s Magnificat.

Mr. Porter was a young artist at the Seagle Music Colony, where he performed Ferrando in Mozart’s Così fan tutte, Benvolio in Gounod’s Roméo et Juliette and Enoch Snow in Carousel. He was a Gerdine Young Artist during the 2012 season at the Opera Theatre of St. Louis, where he covered Ferrando in Così fan tutte and performed the role of Mole in Unsuk Chin’s adaptation of Alice in Wonderland. Mr. Porter will be appearing as Brighella in Strauss’ Ariadne auf Naxos during the 2013 season at Fort Worth Opera, in addition to this weekend’s debut with the CSO.

Bass-baritone Andrew Kroes, a native of Onalaska, Wisconsin, is currently pursuing his Master of Music at the Indiana University Jacobs School of Music, studying with Paul Kiesgen. He previously studied with Daniel Johnson-Wilmot. Kroes has received two Encouragement Awards from the Metropolitan Opera National Council auditions in the Wisconsin District and was a district winner in the 2009-10 Indiana District auditions as well as a Tri-State Regional

Encouragement Award winner. During this past summer, he participated in Sherrill Milnes’s V.O.I.C.Experience program. Mr. Kroes has performed numerous roles with Indiana University Opera Theater including Raimondo in Lucia di Lammermoor, Frere Laurent in Roméo et Juliette, and the King of Clubs in The Love for Three Oranges. This is Mr. Kroes first production with Arbor Opera Theater and also marks his professional debut.

Throughout each season the chorus members collectively devote more than 40,000 hours in rehearsals and performances.Founded in 1873, the annual May Festival is the oldest, and one of the most prestigious, choral festivals in the Western Hemisphere. The annual Festival boasts the May Festival Chorus and Cincinnati Symphony Orchestra as anchors, hosts an international array of guest artists and presents two spectacular weekends of dynamic programming under the musical leadership of James Conlon and choral preparation of Robert Porco. James Conlon has provided the artistic leadership for more May Festivals than any other Music Director in the Festival’s 140-year history. Many important choral works have received their World and American premieres at the May Festival, including Johann Sebastian Bach’s Magnificat, Gustav Mahler’s Symphony No. 3, Benjamin Britten’s Gloriana, Gian Carlo Menotti’s The Death of the Bishop of Brindisi and Robert Nathaniel Dett’s The Ordering of Moses.

Beyond Cincinnati, the May Festival Chorus has performed with great success at numerous venues across the country, including three celebrated appearances at Carnegie Hall. They will return to New York City in May of 2014 for the Spring for Music Festival at Carnegie Hall, with James Conlon and the Cincinnati Symphony Orchestra.

The May Festival Chorus has further strengthened its national presence through numerous PBS broadcasts of live concerts and several award-winning recordings, many in collaboration with the Cincinnati Symphony and Pops Orchestra. In 2001 the Chorus recorded Christmas with the May Festival Chorus, a popular a cappella holiday compact disc. Their 2004 Telarc release, the world premiere recording of Franz Liszt’s St. Stanislaus featuring James Conlon and the Cincinnati Symphony Orchestra, was awarded the 30th International F. Liszt Record Grand Prix by the Liszt Society of Budapest. The Chorus is also featured on the 2012 Cincinnati Pops release, Home for the Holidays.

The May Festival Chorus has garnered two awards in recognition of its continuing artistic excellence and performances throughout the state. In 2011 the Chorus received the Spirit of Cincinnati USA Erich Kunzel Queen City Advocate Award from Cincinnati USA Convention and Visitors Bureau. In 1998 the Chorus earned the Irma Lazarus Award from the Ohio Arts Council’s annual Governor’s Awards for the Arts.

CSO TICKET INFORMATION
Tickets start at $10 and are available by phone at (513) 381-3300, on the Internet at www.cincinnatisymphony.org, and in person at: