MEXICO CITY, July 5, 2012 – Grupo Bimbo has announced the official call for participants for the 2012 Pan-American Nutrition, Food Science and Technology Awards, established since 2004 to promote and support innovation and research projects in these fields, throughout the Americas.

“This Award serves as special recognition to outstanding research work in our field, rewarding the outstanding track record of leading researchers in the areas of Nutrition and Food Technology. We offer this initiative with the hope that we will be able to open doors for these individuals to continue their important work,” said Dr. Patricia Villalobos, Director of Innovation at Grupo Bimbo. “We seek to create stronger links between the industry and the world of academia to contribute to the development of new technology platforms and innovative products in the market.”

The Pan-American Nutrition, Food Science and Technology Awards are part of the company’s “Committed to your Health” program, created in 2003 as part of the company’s commitment to improving the health and well-being of consumers throughout its pan-regional operations. This program is based on initiatives put forth by the World Health Organization’s Global Strategy on Diet, Physical Activity, and Health.

The 2012 Pan-American Nutrition, Food Science and Technology Awards submissions period is currently open, and the deadline to submit your research project is Sept. 28, 2012. All entries must be received through the initiative English-language website, which can be accessed at  HYPERLINK “http://www.premiobimbo.com” www.premiobimbo.com. Detailed contest rules and eligibility requirements can also be found on this website.

The call for participants covers four different geographical areas in Americas: the United States, Mexico, Central America, and South America. Awards will be given to outstanding research conducted during 2011 and 2012, before the closing date of the announcement. Research is to have been carried out by an individual in the fields of Nutrition or Food Science and Technology, in two categories, which include a Master’s or Doctoral Thesis Category and a Professional Category.

In prior editions of the awards, leading researchers in the United States have received recognition, including participants from prestigious universities and institutions such as the University of California, Harvard School of Public Health, and Cornell University.

Dr. Villalobos stressed the importance of innovation and development at Grupo Bimbo, highlighting the achievements that have been obtained in recent years by diversifying the company’s product portfolio and offering better nutritional profiles, all through the work of the company’s Innovation and Nutrition Institute. Dr. Villalobos said this award has contributed to improving the quality and formulation of processed foods, as well as promoted healthier lifestyles among consumers.

Grupo Bimbo is one of the largest baking companies in the world. The company employs over 127,000 employees, and in 2011, reached sales of over $69 million. Grupo Bimbo operates 153 production plants in 19 countries around the world, spanning three continents. The company produces over 10,000 products under 103 renowned brands in different categories including sliced bread, buns, and toasted bread. The company operates Mexico’s largest distribution network, which is also one of the most extensive in the Americas. Grupo Bimbo trades in the Mexican Stock Exchange (BMV: BIMBO). In 2012, as part of the World Health Organization’s International Year of Sustainable Energy for All, Grupo Bimbo has reaffirmed its commitment to every country where the company has a presence. 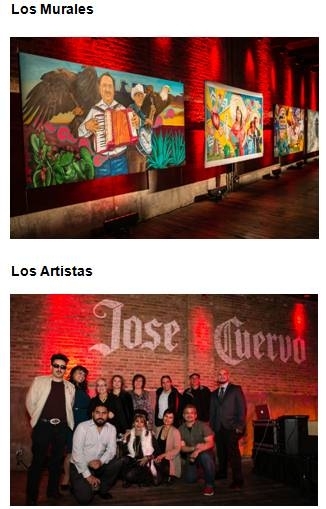