Joe Lovato: Following His Dreams One at a Time

This interview was published in EscapeLatino.comon December 20th, 2007.

After 30 years working for Procter & Gamble, Joe Lovato, a fourth generation Mexican-American, is retiring to give back to the Hispanic community. “I would like to change the lives of young Latinos like my teachers did for me,” he said. “My teachers gave me the right to believe, and to be something rather being poor.”

Mr. Lovato grew up in Denver, Colorado, in a family of seven brothers and seven sisters. His father was a carpenter and his mother took care of the family. “We didn’t have much money, so I couldn’t dream about my future,” he said.

In the new school, the Lovatos were the only Hispanics and, compared to the other students, they were behind. “The other school I went to taught less than the school in the white neighborhood, so the questions we asked were taught the year before – which was another reason for kids to tease us.”

But Mr. Lovato’s third grade teacher, Ms. Carpenter, took the time to help him reach the other students’ level. “Once I was at grade level, I did pretty well,” he said. “My brothers and sisters were also smart and soon we started getting the best grades in classes. We were not stupid, we were just behind.”

Because Mr. Lovato’s two older brothers were gang members, he got in trouble with other kids for things his brothers had done. “From the teachers I learned what to do and from my older brothers I learned what not to do,” he said. “But I always knew at a really young age what I didn’t want to be. The teachers provided me with the access to opportunities to be someone with dreams for a better future.”

When Mr. Lovato was in seventh grade, his History teacher, Mr. Salazar – who was also Hispanic – encouraged him to do things and to get involved in school.

When Mr. Lovato was age 14, his parents divorced. As the oldest son at home, he had to take care of his younger siblings: He almost dropped out of high school. “When they were sick, I had to help them so my mother could go to work. He’d get sick, too, he explained. “It was a downward spiral.” Thanks to his best friend, who would bring Mr. Lovato his homework and turn it in for him, Mr. Lovato was able to maintain his grades.

Mr. Gardner, his high school counselor, kept inviting Mr. Lovato to return to school. “I had lost hope when other people were trying to give me hope,”Mr. Lovato said. But Mr. Gardner persisted. He took Mr. Lovato to an engineering firm in Denver where the one of the owners had gone into the military and afterwards college. “Mr. Gardner showed me that the way to get out of a poor neighborhood was to use the strengths I had developed based on standardized test results.”

Using the GI Bill, Mr. Lovato went into the military. “For me, Mr. Gardner was a mentor and a coach. He opened my eyes and showed me a picture of how to achieve my aspirations. I did not know what being an engineer really meant. My grandfather worked for the railroad and that was the only time that I heard the word engineer.”

A day after his 18th birthday Mr. Lovato left Colorado. He went to the army and later he volunteered to go to Vietnam where he was the youngest sergeant in his Unit. “I cannot picture it,” he said. “I have three sons, 25, 27, and 29 years old now. When they were 18, I couldn’t picture them being in my own shoes. I celebrated my 19th and 20th birthdays in Vietnam. At that time, my only worry was how to lead my Unit. I was lucky. I got involved with some things that scared the heck out of me. And I still came out thinking rationally about it.”

In 1970 Mr. Lovato was accepted at West Point, he wanted to be an engineer. “I could go to West Point through engineering, but there was a year of prep school, four years in West Point, and six years of service, which totaled thirteen years. I didn’t see myself committed to doing that.” So he turned down West Point and stayed in Vietnam for a second tour of duty.

When he was in Vietnam, he put all his earnings into a savings account and, when he finished his service, he used his savings and the GI Bill to go to college.

Mr. Lovato returned to California in 1973 and later enrolled in the San Bernandino Community Valley College. Then, in June 1975, he started the Chemical Engineer program at Cal Poly Pomona. He received his engineering degree in 1977. “I was like a man on a mission,” he said, very focused on his career and his reason to succeed.

Scholarships and part-time work enable Mr. Lovato to pay for college. “My mother was poor; she couldn’t support or send me anything. My dad couldn’t either. Frequently I was sending them money, I have to help when things came up.”

During the summer, Mr. Lovato worked as an intern. That gave him experience and the Getty Oil Company interviewed him. The following year, he was interviewed and hired as a manager with The Procter and Gamble Company.

“One of the things I have learned over time, is that people don’t get to places unless you help them,” Mr. Lovato said. “Thanks to Ms. Carpenter, Mr. Salazar and Mr. Gardner, I learned that what we have to do in life is to help others.”

At Procter & Gamble Mr. Lovato helps other people solve problems. My son asked me, “What do you do at Procter & Gamble, Dad?” I said to him “I just help other people to make good decisions around what we have to do. I help them build their confidence by being clear on their objective, the assumptions they’re making, and the equipment or work process that they have chosen,” Mr. Lovato said. “This is what I have been doing in Procter & Gamble for the past thirty years. It has been a great job.”

When Mr. Lovato retires, he wants to dig for dinosaur bones. “I have always been interested in Paleontology and Geology,” he said. “Another thing that I want to do is to invest in the Hispanic community. I want to help young Latinos in the way my teachers helped me.” He has consistently been involved in leadership programs for Latino youth, he said, because he believes a duty of being successful is to invest back into the community. “Other people inspired me. Neither of my parents graduated from high school, so teachers were my mentors and coaches. I didn’t have that coaching at home.”

For Mr. Lovato the most important thing is to change the life of young Latinos, just as his teachers did for him. “I can trace things back to Ms. Carpenter, Mr. Salazar and Mr. Gardner,” he said. “They were my mentors and encouraged me to follow my dreams.”

“It’s been a lot of fun,” Mr. Lovato said. “I’ve been able to do a lot of things that I wouldn’t have thought I would do.” 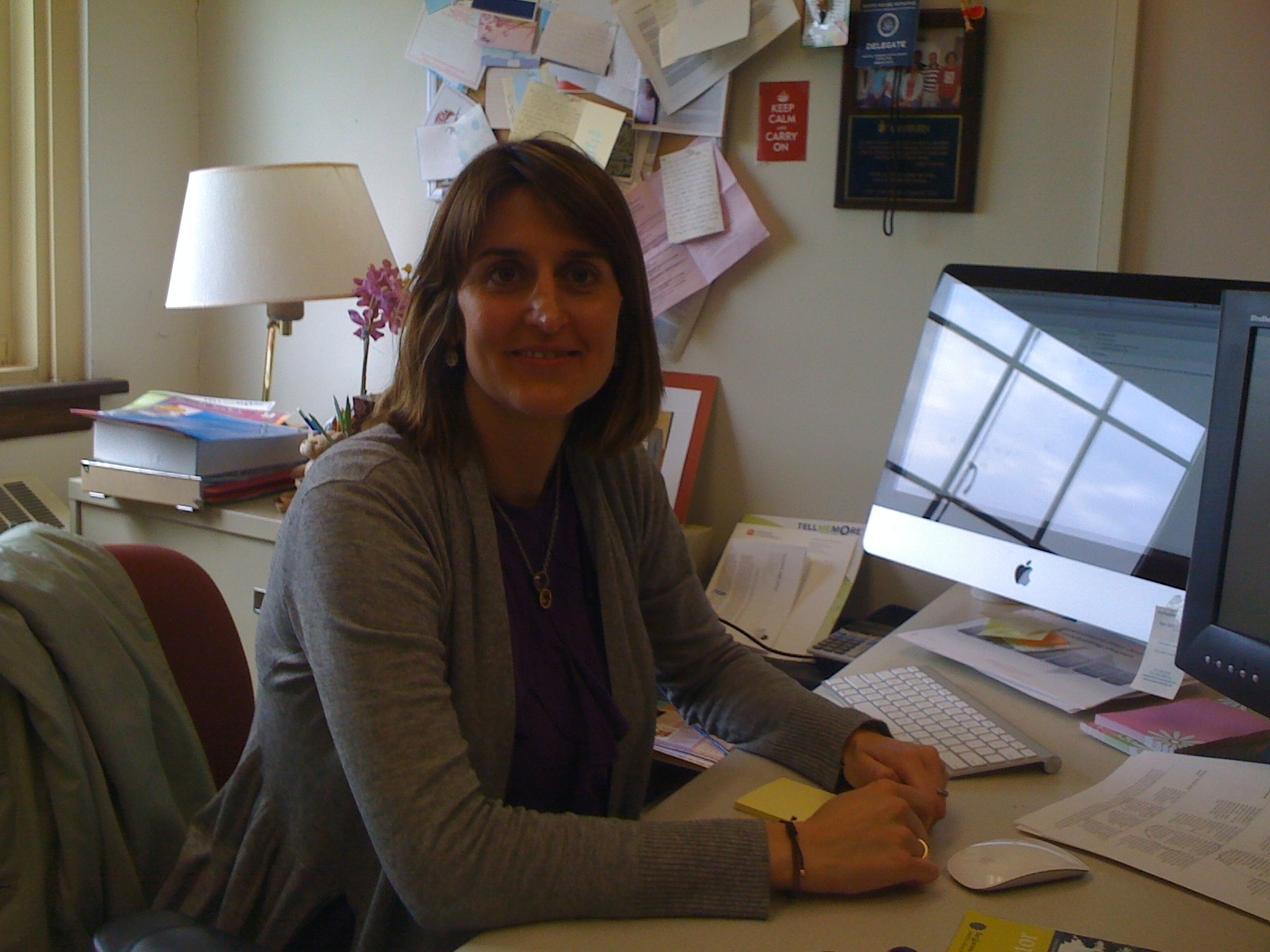 Hispanas invitan a ¨The First White House Summit in Ohio¨ 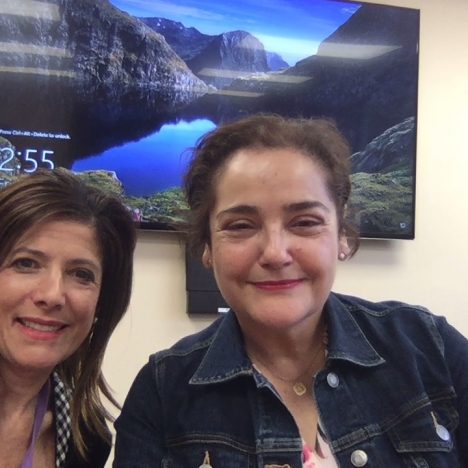 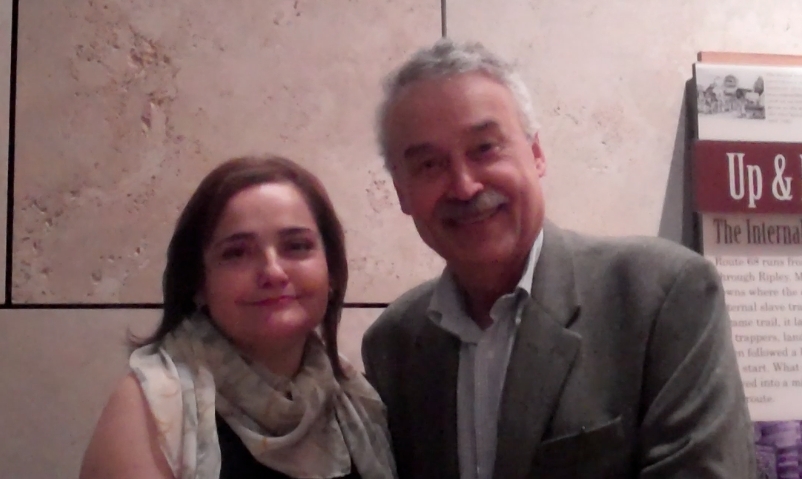