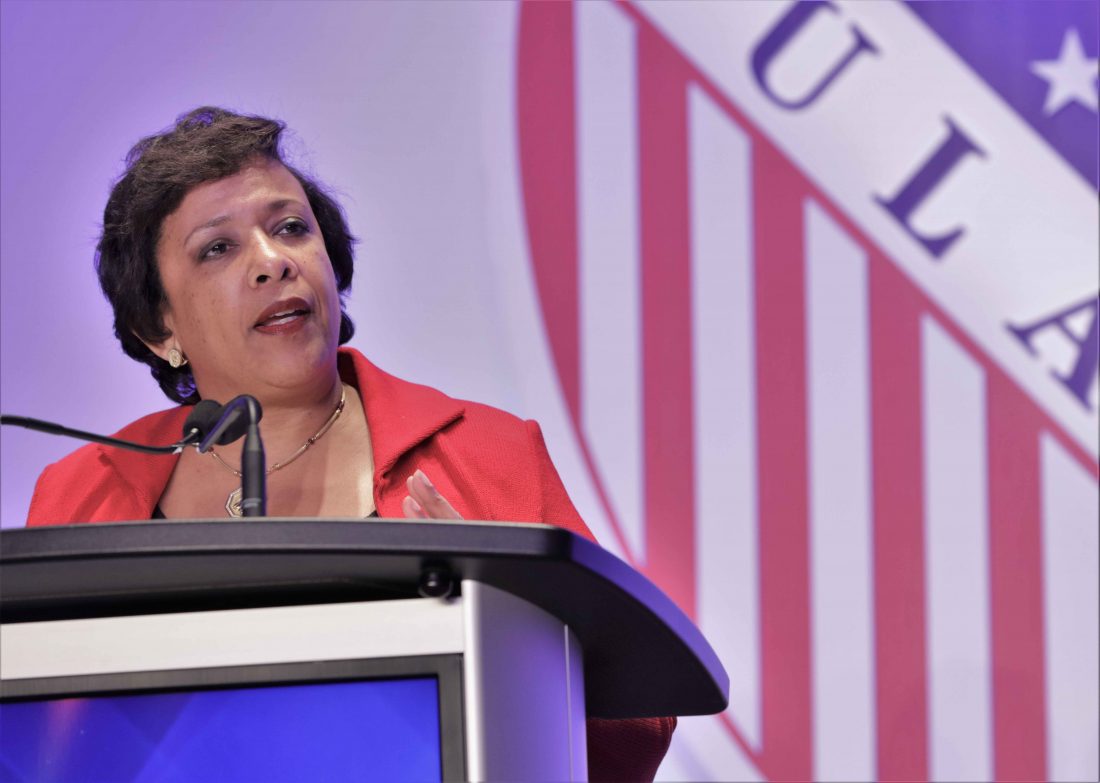 “As we come to a close of our annual convention in Washington, D.C. we open the floor to the 83rd Attorney General, Loretta Lynch,” said LULAC National President Roger C Rocha Jr. “As the first African-American woman to hold this prestigious position, and the daughter of people that were involved in the civil rights movement, she understands the mission and vision of LULAC.”

Lynch was a keynote speaker at the Presidential Dinner, that concluded four days of workshops and lectures addressing key areas of concern for the Latino community, and keynote speakers such as democratic presidential candidate, Hillary Rodham Clinton, Senator Bernie Sanders, and Secretary Julian Castro. One of the repeated messages, from all, was civic participation, and equality for all.
“All of us are created equal. Your founders stood tall and said ‘We are Americans too.’ That took courage and a leap of faith. That vision has carried you through to this day. You’ve battled generations of prejudice and demonization.” Lynch also referred to current events, including the recent tragedy in Dallas and how the Department of Justice is working “tirelessly to restore trust in the communities we serve.”
Turning to the upcoming elections, Lynch spoke of the history of the Voting Rights Act, and the lengthy and ongoing challenges to ensure that all citizens are able to vote. She referred in particular to recent changes that has made it more difficult for people of color, and minorities. She spoke about how she’s doing everything in her power to ensure that minorities, service men and women and the handicapped can exercise their right to vote, but that she can’t do it alone.
“We will be leaning on you (LULAC) more than ever.  We owe it to our children to never silence our voice. Each of us owns America. We are all created equal.”
After Lynch received a standing ovation, actress Rosie Perez came on stage to receive an award for her two decades of advocacy on behalf of underprivileged children, and AIDS. Perez gave a very emotional personal recount, as a state of the ward from the age of four until she was 12. She told the audience what she tells the 15,000 Title 1 kids that her own non-profit, Urban Arts, services.
“What separates a privileged child from the under privileged is opportunity. I was poverty stricken.  At eight years old, I knew the signs of a drug addict. When do you say, ‘no more.’ We all have it in us,” she said about her turning point. She was eight, riding in a school bus with a drunken driver that veered into a ravine. The young Perez ordered him to let her off the bus. “I got every kid off that damn bus.”
That was when she recognized she could make a difference, for the better.  Now, Perez is on the President’s Advisory Council on AIDS, and she’s headed to the Democratic Convention. “What I endured at the ‘home’ (for orphans) is nothing compared to the idiotic hate that Donald Trump is spewing,” she said in her final remarks.
“Rosie’s story is inspiring,” said LULAC Executive Director Brent Wilkes. “We cannot just sit back and watch inequities, injustices or immoralities. Since 1929, LULAC has spoken out, and made a difference, like Rosie. We have made progress by exchanging views, and platforms with leaders from across the country, be they our elected officials, appointed leaders or celebrities. The remarks of our Attorney General and Rosie Perez underscored the great advances we’ve made, and the long road we still have a head. They both underscored the importance of speaking out, and exercising the right to vote, and how just one person can make a difference.”
The League of United Latin American Citizens (LULAC) is the nation’s largest and oldest civil rights volunteer-based organization that empowers Hispanic Americans and builds strong Latino communities.  Headquartered in Washington, DC, with 1,000 councils around the United States and Puerto Rico, LULAC’s programs, services and advocacy address the most important issues for Latinos, meeting critical needs of today and the future.  For more information, visit www.lulac.org. 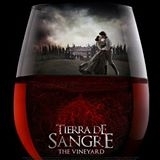