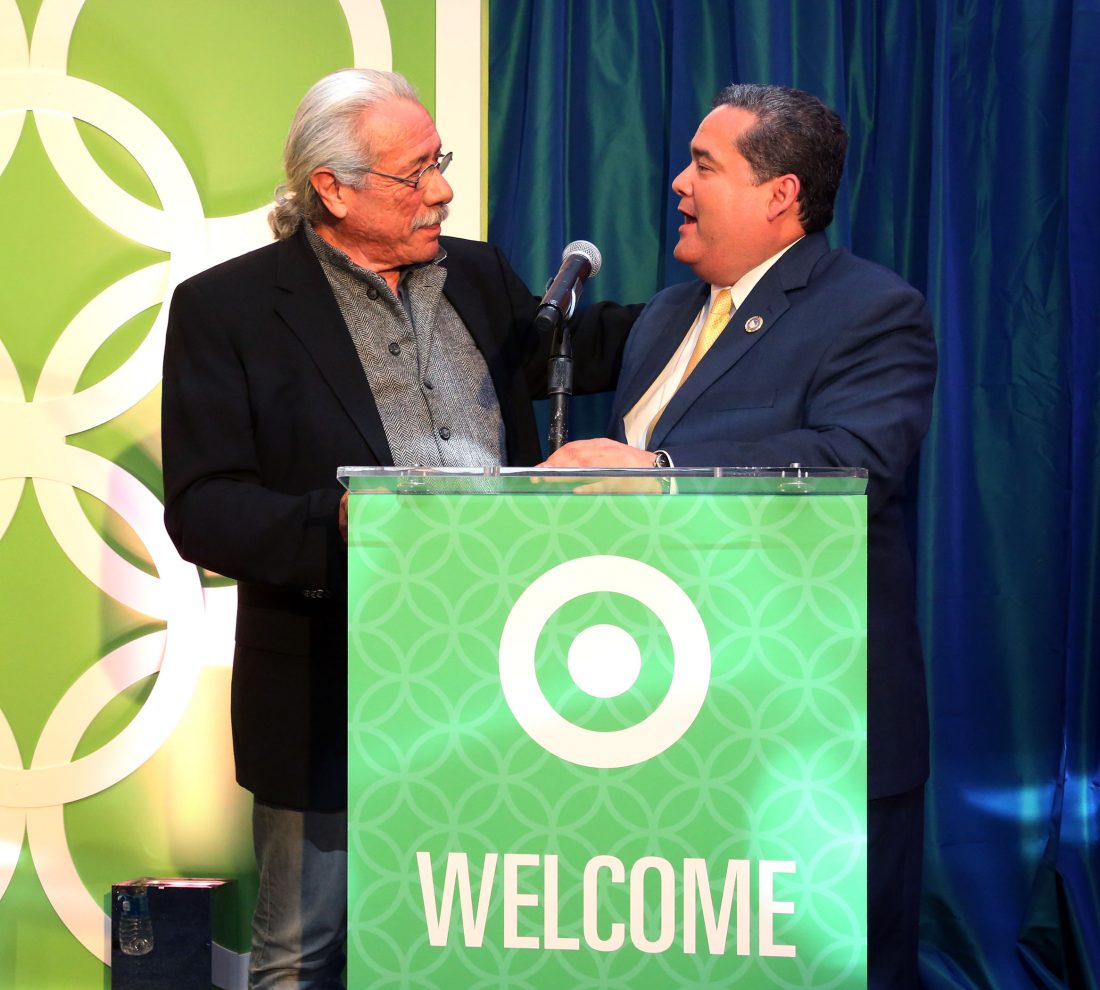 Washington, D.C. – The 87th Annual LULAC Convention opened its doors to a free Expo today at the Washington Hilton. Leading up to the general election, an estimated 20,000 people, including representatives from more than 1,000 LULAC councils across the U.S. and Puerto Rico, will gather to advocate for civil rights, education, economic opportunity, immigration reform and equal opportunity. With the theme, United for a Diverse America, this year’s convention and expo addresses the most pressing issues for Latino voters.

“The Latino population is 58 million strong. It is an informed and motivated voting block expected to play a key role in deciding the next president of the United States,” said Rocha. “Latino voters have been crucial to the successful campaigns of Republican and Democratic candidates, alike. What matters is not if a politician represents red or blue, but that he or she represent our best interests and values.”

“While Latinos may have diverse backgrounds and opinions, there is a great deal of unity in the face of discrimination and challenges. LULAC was created at a time in our country’s history when Hispanics were denied basic civil and human rights, despite contributions to American society.  We will not roll back the clock. LULAC finds it reprehensible that any elected official, or candidate, harbor prejudices and attack the foundations of diversity that built our great nation.”

Presenting Sponsor Toyota was also at the ribbon cutting and spoke on their commitment to the Latino consumer.

“Toyota is thrilled to return as a presenting sponsor of LULAC’s National Convention,” said Luis Rosero, Director, Hispanic Business Strategy Group (HBSG) for Toyota Motor North America. “As the leading automaker for the U.S. Hispanic market for 11 years in a row, we proudly support organizations, such as LULAC, that contributes to the betterment of communities across the country.”

The Convention is free and open to people of all ethnicities. The convention closes with a concert Saturday, July 16 featuring multiple Grammy award winner A.B. Quintanilla, and “el caballero de la salsa,” Gilberto Santa Rosa. Free tickets are available at multiple locations within the Expo Hall.

The Expo will feature a multitude of private and government agencies, colleges and universities, labor unions, armed forces, and non-profit organizations, recruiters, free entertainment and health care screenings and giveaways.

Headquartered in Washington, D.C., LULAC’s programs, services and advocacy meets critical needs of today and the future.  The annual convention was last held in D.C. in 2008, also leading up to the presidential elections. As a non-partisan group, LULAC does not hesitate to take a stand on issues facing Latinos, and Americans in general.

The League of United Latin American Citizens (LULAC) is the nation’s largest and oldest civil rights volunteer-based organization that empowers Hispanic Americans and builds strong Latino communities.  Headquartered in Washington, DC, with 1,000 councils around the United States and Puerto Rico, LULAC’s programs, services and advocacy address the most important issues for Latinos, meeting critical needs of today and the future.  For more information, visit www.LULAC.org.

Hispana Leadership Summit Returns to Miami: Latinas do it better — network that is!