CINCINNATI — Cincinnati Opera closed its 2013 Summer Festival on July 28 with a majestic performance of Verdi’s Aida at Music Hall. The company’s 93rd season was notable for the introduction of the Opera Campus, with the first annual Opera in the Park performance in Washington Park and the first production in the company’s second-stage performance venue, the state-of-the-art Corbett Theater at the School for Creative and Performing Arts (SCPA). The season also featured the company’s first production of a work by composer Philip Glass, Galileo Galilei, in a brand-new production.

“Cincinnati Opera’s magnificent home, Music Hall, is the flagship building of Over-the-Rhine, the largest intact urban historic district in the United States. The neighborhood is experiencing an amazing renaissance, and this season, the company truly began to take advantage of the wonderful resources on its doorstep,” said Evans Mirageas, The Harry T. Wilks Artistic Director of Cincinnati Opera. “Our first forays with Opera Campus locations such as Washington Park and SCPA were hugely successful, and we look forward to expanding the Opera Campus boundaries in future seasons.”

Total attendance for the season’s 13 mainstage performances was 21,894, and income earned from ticket sales was $1.45 million. The company currently projects a surplus for the 2013 fiscal year; Cincinnati Opera’s fiscal year ends on August 31, 2013, after which final figures will be available. The company has a strong history of financial responsibility, and has posted a surplus in 24 of the last 25 years.

“Cincinnati Opera has always embraced innovation, and in that vein, we debuted quite a few new initiatives this year — the Opera in the Park concert, a new venue at SCPA, a return to festival scheduling, and five more mainstage performances than last year — none of which we could have achieved without the dedication of our board, guild, and our amazing staff,” said Patricia K. Beggs, General Director & CEO of Cincinnati Opera. “Our audience was with us every step of the way, and we are so grateful for that support.”

Galileo Galilei, Cincinnati Opera’s first-ever production of an opera by composer Philip Glass, inaugurated the company’s second-stage performing venue, the Corbett Theater at the School for Creative and Performing Arts. Four of the five performances at the new venue were filled almost to the 750-seat capacity, and the production exceeded both ticket income and attendance goals.

Over the course of the season, Cincinnati Opera attracted visitors from 38 states as well as Great Britain, France, and Spain. More than 1,350 student tickets were sold, with over half of that number attending the season closer, Aida.

CINCINNATI OPERA IN THE COMMUNITY

Cincinnati Opera not only used the state-of-the-art facilities at the School for Creative and Performing Arts, it also collaborated with the school to create a Professional Trainee Program. In the 2013 season, 11 SCPA high school students were accepted into the inaugural class of professional trainees. They were matched with industry professionals working on the SCPA-based production of Galileo Galilei in areas including makeup, stage management, and lighting. The trainees worked alongside Cincinnati Opera professionals, receiving real-world experience from world-class talent. Cincinnati Opera will continue and grow the program next season, when students will work on the Opera’s production of La Calisto at SCPA.

For the first time, Cincinnati Opera opened its season with Opera in the Park, a free concert in Washington Park featuring opera stars from the mainstage season, the Cincinnati Opera Chorus, and the Cincinnati Symphony Orchestra. Despite a torrential downpour which ceased just moments before the concert began, the event attracted over 3,000 audience members.

In partnership with Cincinnati Zoo and Botanical Garden, Cincinnati Opera presented its fourth annual Back to the Zoo concert on June 6, a free performance for a capacity crowd at the Zoo’s Wings of Wonder Theater. The Zoo also helped to bring ancient Egypt to life on the Music Hall stage, providing a bird trainer and a hawk who appeared in all four performances of Aida.

Opera Goes to Church!™, a free concert series combining classical, sacred, gospel, and jazz music in collaboration with local congregations, grew to four performances at three locations in its eighth year. The annual concert at Allen Temple A.M.E. Church was expanded to two performances on June 10 and 12. For the second year in a row, Cincinnati Opera partnered with Rockdale Temple for Opera Goes to Temple!™ on June 26. And for the first time, the Opera collaborated with Christ Church Cathedral for a concert on July 24.

The 23rd annual Community Open Dress Rehearsal took place on July 16 at the final dress rehearsal of Aida and provided an opportunity for diverse community groups, families, and children to experience opera for the first time. Over 1,800 people attended the event, which featured child-friendly entertainment and Cincinnati Zoo animals outside Music Hall prior to the performance.

Cincinnati Opera singers could be seen in the community throughout the summer. Soprano Twyla Robinson, star of Der Rosenkavalier, sang the national anthem at the Cincinnati Reds vs. Pittsburgh Pirates game at Great American Ball Park on June 3. Morris Robinson, who played Ramfis in Aida, made a special appearance at Washington Park’s Friday Flow rhythm and blues concert on July 5. And, several Cincinnati Opera singers were featured as part of the Cincinnati Symphony Orchestra’s LumenoCity concerts on August 3 and 4 in Washington Park.

General Director & CEO Patricia K. Beggs and The Harry T. Wilks Artistic Director Evans Mirageas have extended their contracts with the company through 2017. “We are so pleased to see this solid leadership team remain in place as the company approaches its 100th year in 2020,” said Robert W. Olson, Cincinnati Opera Board President. “Patty has been instrumental in leading Cincinnati Opera to its current international stature, and Evans brings fantastic insight from his global perspective on the opera industry. These contract extensions will enable them to guide the new initiatives introduced in the 2013 season, and create a clear path of success for Cincinnati Opera’s second century.”

LOOKING AHEAD TO THE 2014 SEASON

The 2014 Summer Festival, which will take place June 12 through July 26, opens with two operas at Music Hall: Georges Bizet’s seductive Carmen, followed by the winner of the 2012 Pulitzer Prize for Music, Silent Night, with music by Kevin Puts and a libretto by Mark Campbell. Then, Cincinnati Opera presents its first-ever Baroque opera, Francesco Cavalli’s La Calisto, at SCPA’s Corbett Theater. The season closes with Giacomo Puccini’s Madame Butterfly at Music Hall. Cincinnati Opera will kick off the season with Opera in the Park, a free concert in Washington Park, on June 8. All performances feature the Cincinnati Symphony Orchestra.

New subscriptions for the 2014 season go on sale in fall 2013, with single tickets available in spring 2014. For additional 2014 season and casting information, visit  www.cincinnatiopera.org.

Heroes and Villains – a rare joint performance at Music Hall 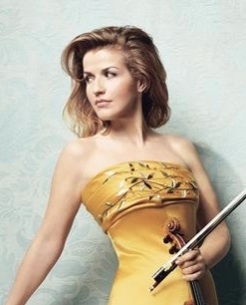 Cincinnati Opera’s Back to the Zoo Concert!